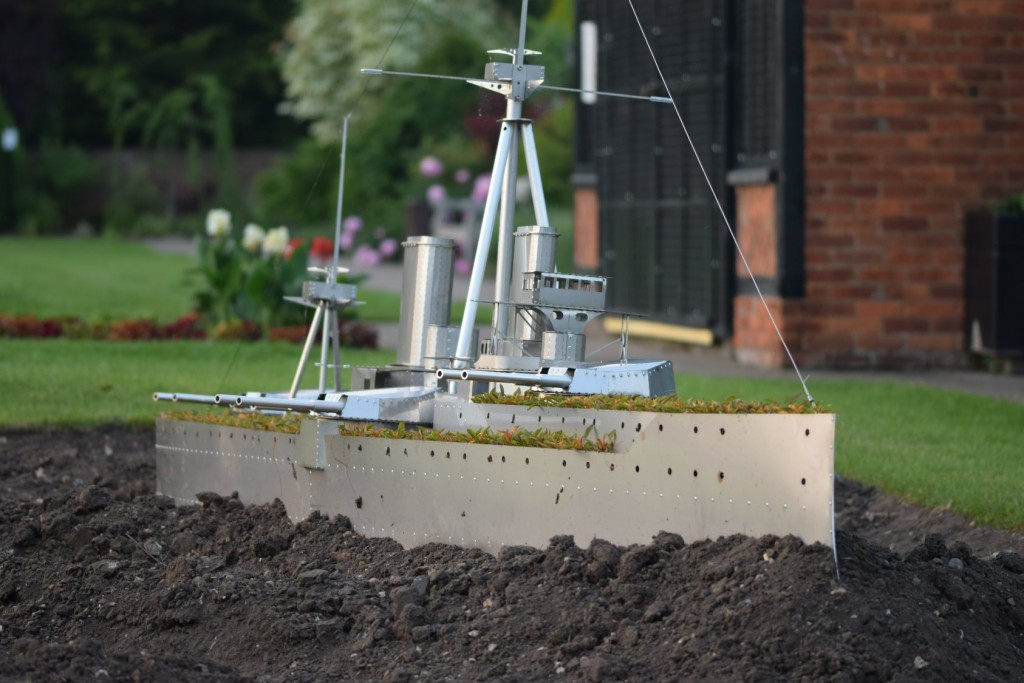 Have you visited the Memorial Gardens in Old Amersham over the summer, you would undoubtedly have seen the striking First World War display, which includes two bi-planes, a battleship and lone soldier.

The Town Council has collaborated with 1st Chesham Bois Scout leaders and Amersham in Bloom volunteers to create a space for  reflection and remembrance of the many men and women who sacrificed their lives in The Great War.

The Memorial Gardens were planted out with warm, muted hues to  complement the models. Here’s a summary of each display. 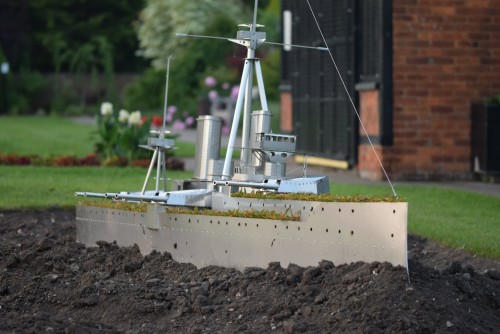 The battleship is a replica of HMS Dreadnought, launched in 1906 and the pride of the Royal Navy. She was the fastest and most powerful warship of her time, triggering an arms race as other navies attempted to match her speed and power. At the start of World War 1, HMS Dreadnought was based in the North Sea with the 4th Battle Squadron and decommissioned and sold for scrap post-war. She famously sank the German SM U-29 submarine in 1915 and became known as the only battleship to sink an enemy submarine purposefully.

The battleship also represents  the bravery of Winifred Brazil, an Amersham resident who selflessly gave up her place in a lifeboat  for an exhausted soldier who was drowning off the Italian coast.

The battleship is surrounded by a wonderful ocean of blue and green grasses, depicting crashing waves of the tumultuous sea. 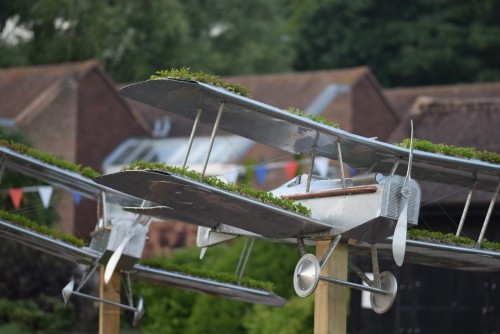 The Albert Ball SE5a bi-plane was designed by the Royal Aircraft    factory and was one of the best, fastest and most nimble fighters during The Great War. The plane was named after Albert Ball, one of the Royal Flying Corps greatest air aces, who later lost his life aged just 20 after becoming disoriented in heavy cloud. He was known for his bravery, regularly going on patrol alone and never backing down from a fight even when outnumbered. Following his death, he was awarded the Victoria Cross.

The miniature landscape, complete with hedgerows, crops, beech copse,  crops and a ploughed field represent the Chilterns, creating a bird’s eye view beneath the  biplanes – an original and innovative idea that compliments the two models. 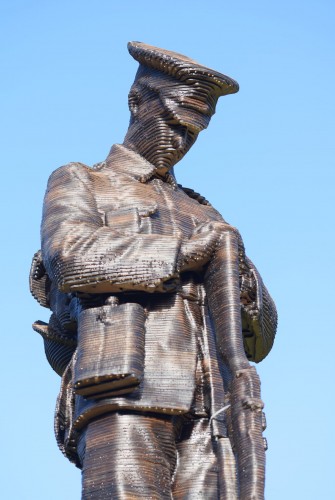 Our display includes a lone soldier on a plinth, framed by small red succulent plants, with his head bowed and weapon inverted. This drill position of arms reversed is a traditional sign of respect to the dead. The lone soldier is often cited as the most moving model of the display.

Over 1,000 men and women from Amersham and the surrounding area had direct involvement in The Great War, either serving in the Armed Forces or supporting those who were fighting. Many of our fallen heroes are named on the War Memorial within the Gardens.

Special thanks go to Andy Honour who designed these spectacular models and to his Scout Leader   colleagues for their skill, hard work and determination to build the display. We’d also like to thank the Amersham in Bloom volunteers for their dedication in helping to plant and maintain the floral displays, in addition to the Amersham and District Residents Association and The Entertainer Toy Shop for sponsoring the project.

Mark Lineton has kindly taken some wonderful aerial footage of the   Memorial Gardens which can be viewed HERE. It is well worth taking a look!