Remembrance Day at the Memorial Gardens 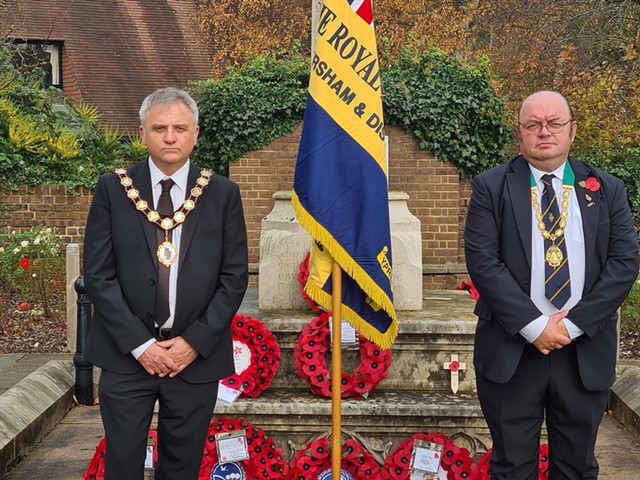 While both the Town Council and the Royal British Legion were saddened that a public service could not take place this year, a small service was held paying tribute to those who have lost their lives during armed conflicts.

Thank you to Will Watson, of the Amersham Band, for playing the Last Post.

Watch the service by clicking on the following link-
https://youtu.be/PY9yLQkdPyA